I Want a Puppy!

For years, I have been asking for a puppy. Like an annoying child, I would bring getting a dog up in any conversation I could. The hubs would say things like “Does this sweater match my jacket?” My response would be, “Kind of but you know what would really match that jacket? A puppy.” We did this dance for a very long time.

Then magic happened and I was lucky to secure a new job which allowed me to work from home. We decided it was time.

I was naive. I thought I would do a few online searches, fill out an application, and be united with my snuggle butt as slow music played in the background and fireworks lit up the sky. I fell in love daily with a new pup but then I found one was that really special. I contacted the adoption agency and they told me that we were not approved because we lived in an apartment. When I asked why the response was “It is our policy because of all the renters that call us to take their pits for one reason or another”.

I get it. It sucks to see dogs being brought into a shelter day after day because the owner, the building, whatever wouldn’t allow it. Here’s the thing though, I had a perfect application, impeccable references, and a contingency plan and we weren’t even considered. My heart was broken and it kept happening.

Finally, we were approved by an adoption agency and I cried the happiest of tears. I made a list of the pups I wanted to meet and set a date to visit them. I got an email back saying that I could choose only one to meet as most were in foster care. Again, this is great that people open their homes to adopted pups in limbo but I really wanted to spend some time with a few dogs so that I could find our match. I complied however and narrowed down my list only to find out my top 3 choices were already adopted. Again, this is amazing. Congrats to those pups and their new owners but I was feeling frustrated.

This went on for months. Finally, I said to the hubs that we were going to visit shelters and see what happened. I was done trying to plan. We showed up at the first one and I didn’t make it through the whole place. Seeing all those dogs in cages with excrement on the floor and a tin bucket for their water broke my heart into a million pieces. Then I saw an area that said restricted and because I’m a curious soul, I peeked behind the curtain. That was it. I had a panic attack in the shelter and had to leave. I wanted to save them all. I just wanted to open the cages and say “RUN FREE”.

But I was determined. We were going to find our Frankie. We already had a name picked out. Benjamin Franklin is my favorite American so I suggested that as a name. The hubs agreed and said we could call him Frankie. He full name would be Sir Benjamin Franklin of Rodman Street!

I shopped and had all the necessary supplies we needed. Our goal was to find a 50lb-ish dog that had a medium level of energy and was a non-shedder. When I was at AC Moore, I even bought one of those kits that allowed you to take a paw print and turn it into a Christmas ornament. Our hearts and home were ready for a pup. We just needed to find him.

We needed to keep going.

After the panic attack, we got back into the car and drove to a few other shelters and finally ended up at PAWS in the Northeast with 30 minutes till closing. When we approached the front desk, the volunteer told us that they only had two pups there but we were welcome to visit them. It was so bright and clean in this facility, my whole mood changed. The cats looked so happy and they had a little village to keep them occupied. The folks that worked there were charming and pleasant. It was evident they were there because they wanted to be.

We walked into the dog room and saw the two pups. There was a beagle mix who was such a cutie, I couldn’t stand it! I wanted to smooch him a million times. Then I looked to the right and peeking out the cage was this sad looking puppy wearing the cone of shame. He seemed timid and shy but our eyes met and I fell in love in 2 seconds. I asked if I could hold him. They opened the cage and out came a dog named “Max”. He came right over to me. I picked him up and rocked him for about 20 minutes. His little face melted my heart and I knew he was coming home with us.

Although, I didn’t say that out loud. The hubs and I were in this together and I wanted to get his reaction. Also this dog was 17lbs, the most active of any breed, and shed like a beast. This went against everything we agreed upon but the heart wants what the heart wants. Again my planning was a feudal effort. What’s that expression? “When man plans, God laughs”. Yeah, it was becoming my anthem.

To add fuel to the fire, prior to this visit we met an amazing pit mix named Spartacus that met all our requirements. He was calm and loving and just a beautiful dog. We weren’t allowed to play with him until our application was cleared so we really didn’t get to spend any time with him but it was clear the hubs really liked this dog.

When we left PAWS, I asked the hubs what he thought and he said we should talk about it a little more. So being the smart wife I am, I took him for pizza! That is a sure-fire way to make him happy and get him to talk. After we came home, I couldn’t stop thinking about Max. That sweet little face was burned in my mind. I knew he was our dog. I could feel it. Then the hubs said to me out of the blue, “Well I guess our decision has been made for us.” I didn’t understand what he meant but I followed his gaze and noticed he was looking at the Christmas ornament kit I purchased. I had taken it out of the bag and left it in the kitchen because it was the first thing I wanted to do with our new pet! On the box there was a photo of the ornament and on it read the name “Max”.

Was this fate? I think so. My heart already knew but we now were given confirmation. I filled out the apps, wrote a long email, and thought about him all night long. The next day I got a call from PAWS, we had been approved and could pick up our little rescue pup that night. Even writing this, I’m crying because everything worked out exactly as it should have and he is the best thing that happened to us. We rescued him but he brings us joy every single day. I asked to leave work early and my awesome boss said it was no problem, “Go get your puppy”. Ccelli met me at PAWS but he arrived before me. They had a room set up for us to meet with our dog one more time. They wanted to make sure that we all got along and that no one had allergies etc. Apparently, allergies are a big reason pets get re-homed. As I walked towards the building, I could see the hubs playing with him and then he spotted me. He came to the window and watched me walk in the building. He had a pink cat toy and that big old cone on his head. Me and the hubs were so incredibly happy that we were bursting. Max became Sir Frankie that very moment and we became puppy parents.

I took him home and cuddled up on the sofa for the night. I just held him and stared at him for hours. Watching him figure out his new world every day is so exciting. He is so smart and acclimating very nicely! He started puppy daycare and loves his vet. Plus he has a sweater collection to rival the mom from “The Goldberg’s”. There will be many more stories to come about Sir Frankie and the new adventures of the Riccelli Family!

P.S. I didn’t mention the names of the other adoptions agencies on purpose. They all are doing such great work and in no way do I want to diminish that. I simply wanted to share my experience. The bottom line is, adopt adopt adopt!!! Give these animals a loving home. They need it and we need them.

P.S.S You can donate to PAWS here! 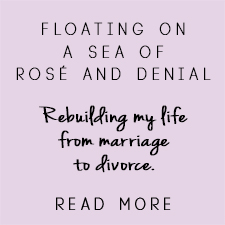 Just a friendly reminder that you mirror what put

The best team ever taking Denver by storm. #self

Denver you woo’ed me. Check out the blue orb in

In the spirit of Halloween, let’s talk about ene

I saw this on twitter from S. Williams and I can n

Read the caption please 🙂 I know it’s weird to

‘Take your broken heart, make it into art.’ -

Something interesting happens when you start disco

My family and I want to thank everyone for the lov

There will be times when you are faced with tower

<sound on> I posted this in my stories last night

Mabon. Equinox. It’s the time of year for change

Work on yourself. Love yourself. Forgive. Release.

That feeling when you realize you gave 15 years of

I have to share this photo again because I love it